At January 3rd I feel somewhat late to the resolution party. Even all the resolution haters out there seem to have taken the time to express their dislike by now. I bet you’ve all taken down your Christmas trees, too.

But guys its ONLY the 3rd!

I normally like to give myself the entire month of January to come up with, plan out, and get used to my resolutions, but this year I’m ahead of the game. I hope this isn’t a bad sign. Haha… Honestly I think a big part of my speed this year is that I was able to use my 2014 resolution tracking document as a template, rather than starting from scratch. And trust me, having a way to track this stuff is a key to success. 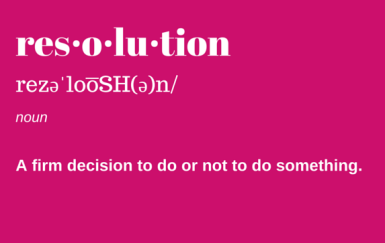 One more thing before I get to the list. While I do have a somewhat lengthy list, I’m not sure it’s complete yet. I’m considering this a work in progress that I’ll update as the year goes on.

And for the blog…

That doesn’t sound too bad now does it? I mean, the first two running resolutions are to not do things, so that shouldn’t be too tough, right? I suppose we’ll find out! Last year I checked in on my resolutions monthly, but this year I’m switching to a quarterly schedule. So, I’ll be back in early April with an update.

Have you made resolutions yet? Or have you declared your dislike for them? Do we have any similar ones?