I decided this morning that I am going to start using my lunch hour to write blog posts. At least some lunch hours. I haven’t been terribly successful at blogging in the evenings; most likely due to my intense desire to do basically nothing after Mr. Baby goes to bed, so I need a better time for the writing. (Currently, I attempt to use my lunch hour to study, so that’s a small hiccup in my plan, but let’s not worry about that just yet. ) So, in any case, here I am in Collaboration Room 3, eating my chili mac, and trying to figure out how to transition from this unimportant and unexciting announcement to whatever this blog post is actually going to be about. Which I think is going to be me whining about how snow days aren’t fun anymore.

Sadly, it’s true. The magic and fun of snow days is officially gone. (Spoiler Alert: I have a plan to bring it back, so stay tuned). Yesterday was particularly unmagical because the task I was doing was not well suited to remote work.  I had to open up 4 files for each month going back to January 2016 and paste data from each of those file (56 files, I think. Whatever 4 times 14 is) into a new file I was creating. And over the remote connection it took way longer to open each of them than it should have. And then excel kept crashing, and it was just really frustrating, and hard to get anything done.  At one point I had finally made a good amount of progress and excel crashed and I hadn’t saved in over 45 minutes, so that was really disappointing.

“But wait!” you say, “At least you could work in your PJs! From the couch! Maybe even watch a little TV!” And you have a point. But realistically, I was mainly sitting on the floor, near the couch, “throwing” toys at Mr. Baby to keep him occupied while my computer took an eternity to open my files. Add that all up and I end up feeling like I didn’t get anything done (although in the end I did finish gathering data, it just took forever) while also feeling like I ignored Mr. Baby all day (which is also ridiculous and untrue).

Really, the day was not by any means a failure. And the way I feel about how it went is way more dramatic and harsh than reality calls for. It’s just. Well, I just wish snow days could be more fun.  More like they used to be. I never even got to go outside in the snow, what the heck?! 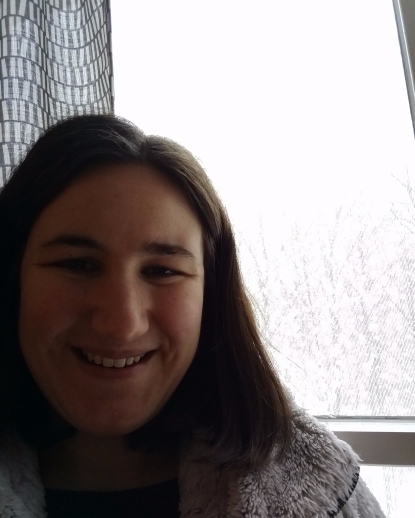 Well, I am apparently a drama queen who throws even the slightest wrinkle in my plans why out of proportion. And I am also a bit of a whiny child who wants my snow days  to be actual days OFF. BUT I am not the kind of person who just complains and doesn’t try to come up with a solution for next time. So even though it’s March and it’s unlikely (though not impossible) that another snow day will come my way before next December, I have a PLAN! And here it is–

OPTION 1: Have a schedule – Jeff and I split our time taking care of Mr. Baby, but not by a schedule. I think I would have benefit from knowing exactly what times I could expect to be productive (work wise).

OPTION 2: TAKE THE DAY OFF.  Make it an actual snow day. Yes, this won’t always work, but yesterday I probably could have taken at least a portion of the day off. So, next time, I need to consider that option.

OPTION 3: Drink a glass of wine and eat a HUGE bowl of ice-cream after Mr. Baby goes to bed. I enacted this part of the plan last night, and it really turned things around.

Now, back to work!