This week I’ve been all messed up about which day is which, since the holiday fell on a Tuesday. My office wasn’t closed on Monday, but I took a half day and worked that half from home, so it felt like an extension of the weekend anyways. If there was some way I could work 4 hour days from home and still get paid the same; I’d sign up in a second. But who wouldn’t?

Saturday – 6 mile long run. I started watching Grey’s anatomy on Netflix and it made the run fly by. I feel slow on these long runs, and it’s bugging me. I fit this run into morning nap time for Mr. Baby, but I ended up going over a bit and waking him up from his nap about 5 min late. I want to be able to fit these runs in while Mr. Baby is sleeping, but they’re getting a tad too long for morning nap. 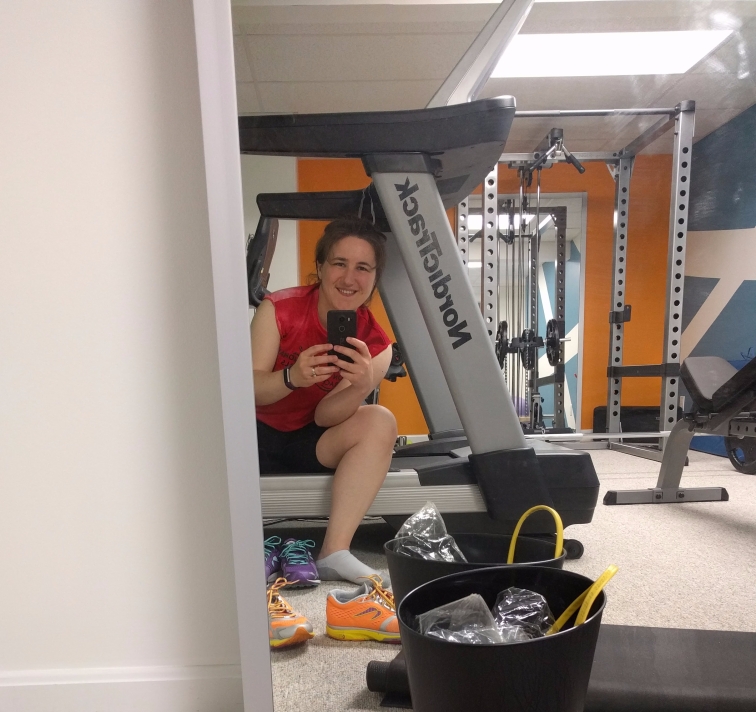 Sunday – Family run to the playground. These are supposed to be easy, but guys…ooooffff. Haha…I still loved it, though. Having a Gatorade break at the park, sliding down some slides, and swinging is perfect. We live at the top of a hill, and always run up on the way home even if we take walk breaks throughout the run. Someday it might feel easy? 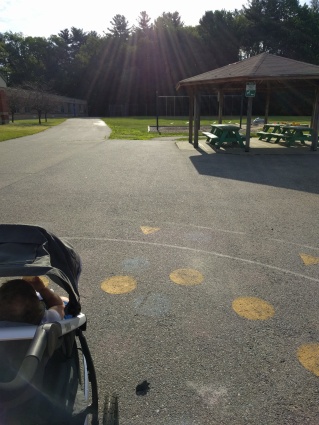 Tuesday – Short easy run. I think I only ran a little over a mile. I wasn’t really feeling this one, so I promised myself I could stop once I hit my step goal. I might try and do this more often as a way to get my steps in.

Then, after a promising start, the week petered out with no intervals. ☹ Work was really busy (quarter end) and I got home late Thursday when I was planning to do my intervals. I probably could have made it work, but opted to relax instead. Then I didn’t want to do the run on Friday because I was planning to run 7 miles the next day. So, I just let this one go.

Studying – I did a half hour on Tuesday. Again, bad. I was planning to do Assignment 1 for my Corporate Finance Online Course, but chickened out. Once I start, I only have 24 hours to do it and I’m terrified of not finishing. I can’t figure when would be the best time to start. I need to just bite the bullet and do it.

Around the House – I FINALLY was able to start painting the deck! YES! I LOVE LOVE LOVE painting. I estimate that it will probably take the entire month of July to get the painting done, and probably August, too. Between the weather, work, and only painting while Mr. Baby is sleeping, I think it’s a fairly realistic estimate. 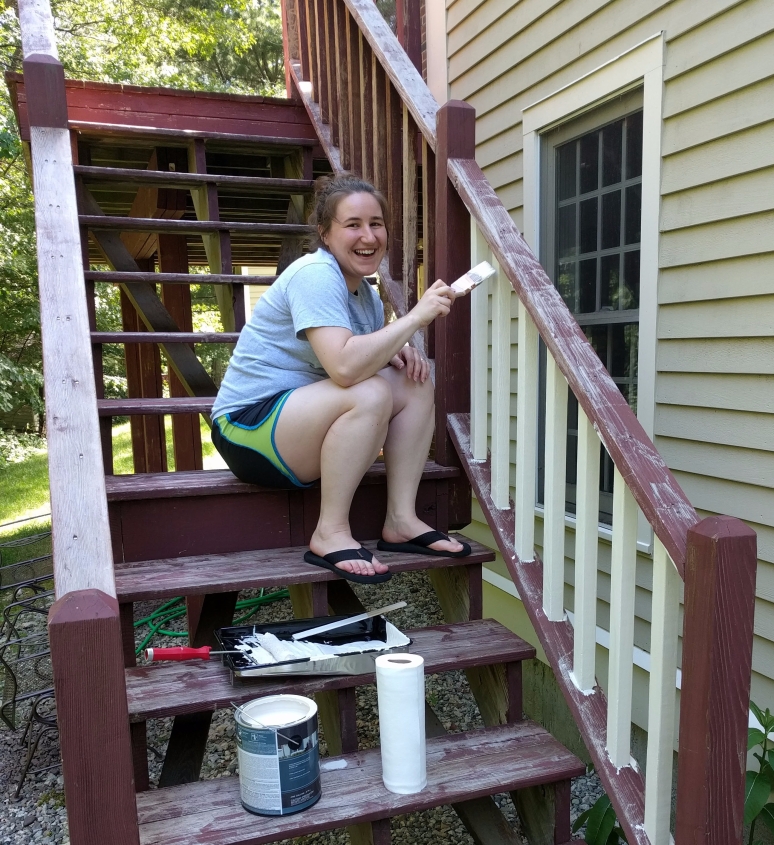 What I’m Watching – I picked up “Logan” at Target. I really like the X-Men movies. This one wasn’t my favorite, but it was good. I’d say it was better than the Japan Wolverine one (what was that called?), but the others in the series are better. We’ve also watched “Moana” twice now. The music is so great! And the story is okay, too. I liked it better than Frozen, which has great music but the story line bugs me.

I did not sleep well last night, and despite the fact that I drank the biggest coffee I’ve ever had in my entire life, I’m struggling right now to put my thoughts into coherent sentences. So, bear with me, and please enjoy any oddities that might show up in this post. ☺ 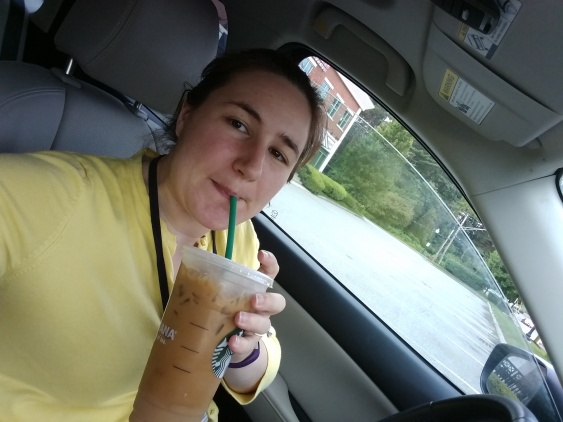 This picture makes the coffee look smaller than it was.

Saturday – 5 mile long run on the treadmill. I’m working my way up for my virtual 10 mile race! The medal arrived ages ago but I’m waiting to open it until I get the run done.  Actually, the medal for my virtual half marathon showed up this week, so now I have TWO medals taunting me. In a good way, though.

Sunday – Family run out to the playground and back. My legs always seem so tired on these runs. I imagine it’s a combo of pushing the jogger (part of the way), running outside (hills), and having run the day before. I also suspect that I run a tad faster outside than I do on the treadmill. Whatever it is, it certainly makes the break at the playground welcome.

Monday –  I snuck in a quick run between Mr. Baby’s bedtime and a phone call with a friend. I anticipated that this would be a hard run given the tiredness of my legs on Sunday, but it turned out feeling easy peesy. I only had about 25 min, so it wasn’t very long, but I think that actually helped. If I was going to have to run for longer, I probably wouldn’t have even started. I think this means I should change my idea of “minimum acceptable run time”. I didn’t even know I had a requirement for that, but turns out I rarely bother running unless I have at least 30 minutes. Who knew?

Wednesday –   6 x 1/4 mile Intervals. There’s just something about intervals that gets me excited. I don’t know what it is, but I’ll take it! I did the running parts at 10 min/mile and walked in between until I caught my breath. The pace is not super challenging, and I’m looking forward to speeding up.

Step Goal Progress – I bumped my goal up to 9000 for the week. I didn’t hit that every day, but I got it most days without having to pace around the house to do it.

Study Goals – well, I studied for one half hour this week. It wasn’t nothing, but it was still pathetic.

Around the House – I managed to finish going through my dresser drawers (but still need to go through the closet and two boxes of clothes, plus try on and reorganize things.) I also finished up spray painting the deck furniture and finished sanding the deck. 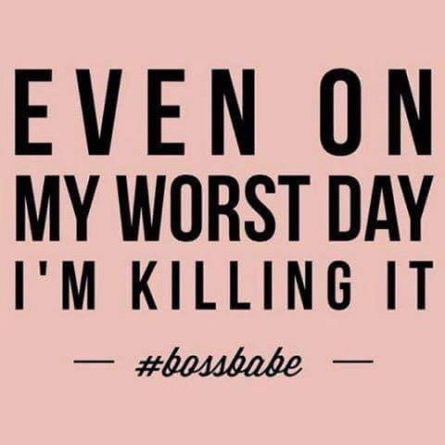 Looks like I excelled at the running goals last week, but could use some work on several other areas, so I’ll try to stick to some of my non-running goals as well for a change.

Have a great weekend!